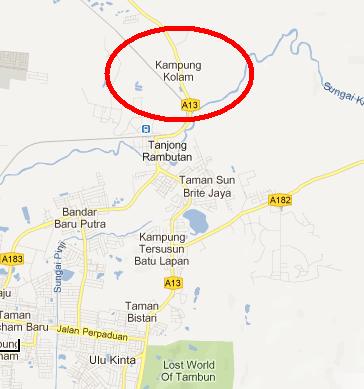 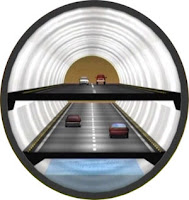 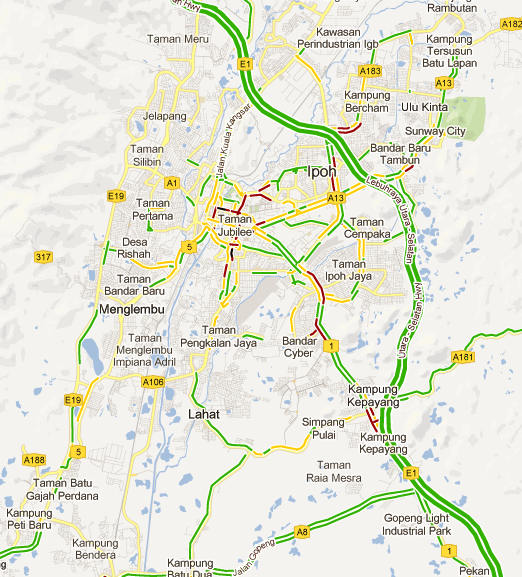 Contrary to some of the common beliefs out there, the claims behind the end of the world quickly unravel when pinned down to the 2012 timeline.

Below, NASA Scientists answer questions on the following 2012 topics:

› View larger
A 'Blue Marble' image of the Earth taken from the Visible/Infrared Imager Radiometer Suite (VIIRS) instrument aboard NASA's Suomi NPP satellite. This composite image uses a number of swaths of the Earth's surface taken on January 4, 2012. Credit: NASA/NOAA/GSFC/Suomi NPP/VIIRS/Norman Kuring
Question (Q): Are there any threats to the Earth in 2012? Many Internet websites say the world will end in December 2012.


Answer (A):The world will not end in 2012. Our planet has been getting along just fine for more than 4 billion years, and credible scientists worldwide know of no threat associated with 2012.

Q: What is the origin of the prediction that the world will end in 2012?


A: The story started with claims that Nibiru, a supposed planet discovered by the Sumerians, is headed toward Earth. This catastrophe was initially predicted for May 2003, but when nothing happened the doomsday date was moved forward to December 2012 and linked to the end of one of the cycles in the ancient Mayan calendar at the winter solstice in 2012 -- hence the predicted doomsday date of December 21, 2012.

Q: Does the Mayan calendar end in December 2012?


A: Absolutely not. Neither NASA nor any other scientific organization is predicting such a blackout. The false reports on this issue claim that some sort of "alignment of the Universe" will cause a blackout. There is no such alignment (see next question). Some versions of this rumor cite an emergency preparedness message from NASA Administrator Charles Bolden. This is simply a message encouraging people to be prepared for emergencies, recorded as part of a wider government preparedness campaign. It never mentions a blackout.
›Watch the Video

Q: Could planets align in a way that impacts Earth?


A: There are no planetary alignments in the next few decades and even if these alignments were to occur, their effects on the Earth would be negligible. One major alignment occurred in 1962, for example, and two others happened during 1982 and 2000. Each December the Earth and sun align with the approximate center of the Milky Way Galaxy but that is an annual event of no consequence.
› More about alignment


"There apparently is a great deal of interest in celestial bodies, and their locations and trajectories at the end of the calendar year 2012. Now, I for one love a good book or movie as much as the next guy. But the stuff flying around through cyberspace, TV and the movies is not based on science. There is even a fake NASA news release out there..."
- Don Yeomans, NASA senior research scientist
Q: Is there a planet or brown dwarf called Nibiru or Planet X or Eris that is approaching the Earth and threatening our planet with widespread destruction?


A: Nibiru and other stories about wayward planets are an Internet hoax. There is no factual basis for these claims. If Nibiru or Planet X were real and headed for an encounter with the Earth in 2012, astronomers would have been tracking it for at least the past decade, and it would be visible by now to the naked eye. Obviously, it does not exist. Eris is real, but it is a dwarf planet similar to Pluto that will remain in the outer solar system; the closest it can come to Earth is about 4 billion miles.

Q: What is the polar shift theory? Is it true that the Earth's crust does a 180-degree rotation around the core in a matter of days if not hours?


A: A reversal in the rotation of Earth is impossible. There are slow movements of the continents (for example Antarctica was near the equator hundreds of millions of years ago), but that is irrelevant to claims of reversal of the rotational poles. However, many of the disaster websites pull a bait-and-switch to fool people. They claim a relationship between the rotation and the magnetic polarity of Earth, which does change irregularly, with a magnetic reversal taking place every 400,000 years on average. As far as we know, such a magnetic reversal doesn’t cause any harm to life on Earth. Scientists believe a magnetic reversal is very unlikely to happen in the next few millennia.
› More about polar shift


A: The Earth has always been subject to impacts by comets and asteroids, although big hits are very rare. The last big impact was 65 million years ago, and that led to the extinction of the dinosaurs. Today NASA astronomers are carrying out a survey called the Spaceguard Survey to find any large near-Earth asteroids long before they hit. We have already determined that there are no threatening asteroids as large as the one that killed the dinosaurs. All this work is done openly with the discoveries posted every day on the NASA Near-Earth Object Program Office website, so you can see for yourself that nothing is predicted to hit in 2012.

Q: How do NASA scientists feel about claims of the world ending in 2012?


A: For any claims of disaster or dramatic changes in 2012, where is the science? Where is the evidence? There is none, and for all the fictional assertions, whether they are made in books, movies, documentaries or over the Internet, we cannot change that simple fact. There is no credible evidence for any of the assertions made in support of unusual events taking place in December 2012.
› Why you need not fear a supernova
› About super volcanoes

Q: Is there a danger from giant solar storms predicted for 2012?


A: Solar activity has a regular cycle, with peaks approximately every 11 years. Near these activity peaks, solar flares can cause some interruption of satellite communications, although engineers are learning how to build electronics that are protected against most solar storms. But there is no special risk associated with 2012. The next solar maximum will occur in the 2012-2014 time frame and is predicted to be an average solar cycle, no different than previous cycles throughout history.
› Video: Solar Storms
› More about solar storms 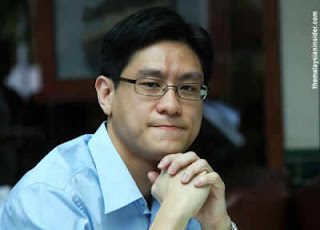 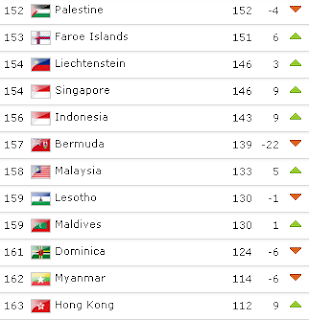 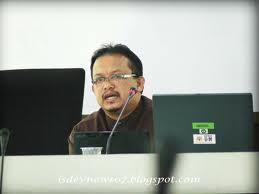 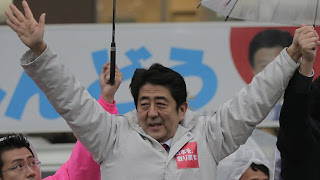 * Voters ditch DPJ in disappointment over its three-year rule

By Leika Kihara and Linda Sieg

An LDP win will usher in a government committed to a tough stance in a territorial row with China, a pro-nuclear energy policy despite last year's Fukushima disaster and a potentially risky prescription for hyper-easy monetary policy and big fiscal spending to beat deflation and tame a strong yen.

A TV Asahi projection based on counted votes gave the LDP at least 291 seats in parliament's 480-member lower house, and together with its small ally, the New Komeito party, a two-thirds majority needed to override, on most matters, the upper house, where no party has majority.

That would help break a policy deadlock that has plagued the world's third biggest economy since 2007.

"We have promised to pull Japan out of deflation and correct a strong yen," Abe said on live television. "We need to do this. The same goes for national security and diplomacy."

Parliament is expected to vote Abe in as prime minister on Dec. 26.

Analysts said that while markets had already pushed the yen lower and share prices higher in anticipation of an LDP victory, stocks could rise and the yen weaken further in response to "super majority."

While LDP and New Komeito officials confirmed they would form a coalition, LDP Secretary-General Shigeru Ishiba did not rule out cooperation with the Japan Restoration Party, a new right-leaning party that was set to pick up at least 52 seats.

"I think there is room to do this in the area of national defence," he said. The New Komeito is more moderate than the LDP on security issues.

Projections showed Prime Minister Yoshihiko Noda's Democratic Party of Japan winning at least 56 seats, less than a fifth of its tally in 2009. Noda said he was stepping down as party leader after the defeat, in which several party heavyweights lost their seats.

The Democrats swept to power in 2009 promising to pay more heed to consumers and break up the "iron triangle" of the powerful bureaucracy, business and politicians formed during more than half a century of almost unbroken LDP rule.

Many voters had said the DPJ failed to meet election pledges as it struggled to govern and cope with last year's huge earthquake, tsunami and nuclear disaster, and pushed through an unpopular sales tax increase with LDP help.

Voter distaste for both major parties has spawned a clutch of new parties including the Japan Restoration Party, founded by popular Osaka Mayor Toru Hashimoto.

LDP leader Abe, 58, who quit as premier in 2007 citing ill health after a troubled year in office, has been talking tough in a row with China over uninhabited isles in the East China Sea, although some experts and party insiders say he may temper his hard line with pragmatism once in office.

"The Senkaku islands are inherently Japanese territory," Abe said, referring to the islands that China calls the Diaoyu. "I want to show my strong determination to prevent this from changing."

But he also said he had no intention of worsening relations with China.

The soft-spoken grandson of a prime minister, who would become Japan's seventh premier in six years, Abe also wants to loosen the limits of a 1947 pacifist constitution on the military, so Japan can play a bigger global security role.

China's official Xinhua news agency, noting the deterioration in relations with Japan, warned it not to strain ties further.

"An economically weak and politically angry Japan will not only hurt the country, but also hurt the region and the world at large," Xinhua said. "Japan, which brought great harm and devastation to other Asian countries in World War Two, will raise further suspicions among its neighbours if the current political trend of turning right is not stopped in time."

The LDP, which promoted nuclear energy during its decades-long reign, is expected to be friendly to power utilities, although public safety concerns remain a barrier to business-as-usual for the industry.

Abe has called for "unlimited" monetary easing and big spending on public works to rescue the economy from its fourth recession since 2000. Such policies, a centrepiece of the LDP's platform for decades, have been criticised by many as wasteful pork-barrel politics.

Kyodo news agency said the new government could draft an extra budget for 2012/13 worth up to 10 trillion yen ($120 billion) and issue debt to pay for it.

Many economists say that prescription for "Abenomics" could create temporary growth and allow the government to go ahead with a planned initial sales tax rise in 2014 to help curb a public debt now more than twice the size of Japan's economy.

But it looks unlikely to cure deeper ills or bring lasting growth, and risks triggering a market backlash if investors decide Japan has lost control of its finances.

Japan's economy has been stuck in the doldrums for decades, its population ageing fast and flagship companies such as Sony Corp struggling with foreign rivals and burdened with a strong yen, making "Japan Inc" a synonym for decline.
4 comments: 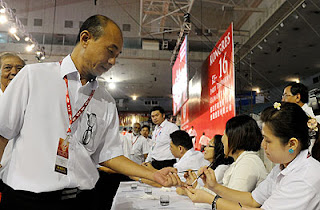 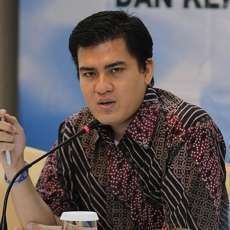