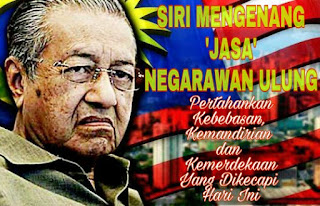 By Michael Switow, Special to The Christian Science Monitor / September 24, 1997
If Malaysian Prime Minister Mahathir had his way, international financier George Soros and other currency speculators would be out of a job and possibly behind bars.
"Currency trading is unnecessary, unproductive and totally immoral," he told delegates at the joint annual meeting of the World Bank and the International Monetary Fund (IMF) in Hong Kong Sept. 20. "It should be stopped, it should be made illegal."
The comments add fuel to a debate over what can be done to curb the exchange-rate swings that take many developing nations on an economic roller coaster.

One trillion dollars changes hands in the currency markets every day - 20 times more than the amount needed to finance trade in goods and services.
Malaysia's leader contends that treating money as a commodity - such as oil or pork belly futures - serves no one other than the traders. "No substantial jobs are created, no products or services enjoyed by the average man in the street," he said.
Indeed, currency swings can play havoc with the ability of consumers to buy imported goods or businesses to expand abroad.
Dr. Mahathir contends that investment houses and the "hedge funds" that manage money for the wealthy manipulate currency and share prices with their huge resources.
And he has accused Mr. Soros of engineering the currency crisis that has seen the purchasing power of many Southeast Asian countries fall by as much as 30 percent since July.
Soros, who also spoke to the World Bank/IMF gathering, denied the charges. He said he has actually been betting that currencies like Malaysia's ringgit will strengthen, not depreciate.
"Interfering with the convertibility of capital at a moment like this," he added, "is a recipe for disaster. Dr. Mahathir is a menace to his own country."
Most economists tend to agree with the financier. The IMF and World Bank maintain they warned Thailand and Malaysia ahead of time that their currencies were vulnerable because of underlying economic weaknesses, such as troubled banks or overambitious government spending.
Observers also say that Mahathir's proposal to eliminate the currency markets is impractical. "It means that every transaction must first be certified as a trade transaction," says Peter Kenen, a Princeton University finance scholar. "Then the currency license must be issued, then the currency must be sold."
Capital controls like these would increase the cost of doing business in more than one way, Mr. Kenen adds.
"Whenever there is a situation that people have to get licenses to do things and whenever there's [money] to be collected by withholding approval, inevitably there will be petty corruption."
Business leaders at the meeting echoed his concerns.
Jes Villa, who manages a stock fund in the Philippines, said that if he could no longer use currency deals to hedge the risks of international investing, he would go out of business.
Multinational companies have to buy local currency to finance their projects. But they often purchase contracts for US dollars at a fixed price in advance to guard against currency fluctuations.
Anwar Ibrahim, Malaysia's finance minister, called Sept. 23 for the IMF to lead the way in implementing new protections against the manipulation of Asian economies by hedge funds.
Hedge-fund manager Soros himself cautioned that the "excesses" of free markets don't always correct themselves.
Ironically, Malaysia's call for more restrictions on international finance comes as the IMF considers a proposal to open up the capital markets even further for its 181 IMF member countries - including Malaysia.
Mr. Ibrahim has tried to assuage investors, saying that Malaysia has no intention of implementing regulations like those proposed by his boss - unless the international community agrees. Investors were not quickly reassured, though. On the first trading day following Mahathir's speech, the ringgit fell another 3 percent to hit a record low.