Yes to sharia law, no to civil law.

We often thought that East Asian and South Asian (that makes Malaysia Truly Asia perhaps), are agreeing that they are now living in a  Malay region like the Pakis do in Britain and Chinese in LA. But that seems to be our past.

When more Chinese and Indian acclaiming their belonging to this country without foreseeable patriotism , their vision are actually reoriented back to the land where they can give **** on the hidden sense of belonging. 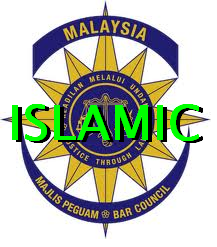 Satellite TV brought in the motherland channel for most them and they feel nothing unpatriotic by sticking their vision towards it even at the recent stage, their national language proficiency deteriorate from bad to worse.

As admitted by certain leaders of certain race here, that hours with movie from the land of their ancestors had influenced the gangster-ism in that certain race young fellas.

The nation is dwindling on its unity value and without the word 'unity' we are left with 'in diversity'. Well, lets look how was these projected into something that sane and plausible to people with healthy mind.

But first, bear in mind that as Malay privilege is a vis-a-vis of vernacular education and the jus soli principle which was the key of their citizenship and literally, the elimination of 'pendatang asing' status, we the Malay are actually on unjust condition, discriminated, suppressed and living handicapped both in status and consciousness. It is 1 equal to 2 . What **** next is what you can understand.

So to make 2 equal to 2 and get all feet back on the ground, ISLAM must rule the country. The sharia law have to replace the civil law! For that time being, Bar Council had to kick out non-Muslim members temporarily to give them way studying the sharia, hudud or whatever it shall be called. WILL THEY, IN THE NAME OF JUSTICE, ALLOW THIS?

This might be the reason why Ambiga, the Bar Council ex-president is holding PAS members like a war miniature toys to ensure nobody of that self-acclaimed Islamic party will change the way they make living, i.e; the civil law.

To date, no leaders from that self-acclaimed Islamic party come out with the idea of debate on Civil vs Hudud. Funnily, they try to grow support by jeering on the reluctant of PM - Oppo Leader debate, of course in jungle manner.

Now, all we can do is go with the flow. The flow of reorientation of those that was granted citizenship based on their submit to this country few decades back. Will anyone that of our future leader will let MALAYSIA will finally named TIONG NAM (south chinese) country in  Chinese version? Will we also have TAMIL KILAKKU (tamil east) for Indian version of the country? For those who fight for this, it was the right time to idea out the scrutiny of vernacular education fortification. With the best sane result, the Ketuanan Melayu is totally  unchallenged. But yet, it still a retard weird system of 1 equal to 2.

If a piece of thing cost 1 dollar, we Malay has paid as twice higher just to end up being cheated. Yes, change the system, move into Islamic law, abolish English law and say no to rhetorical self-acclaimed Islamist! 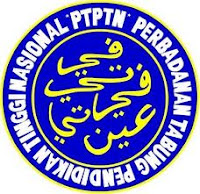