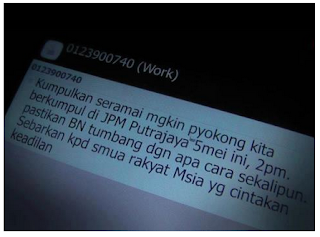 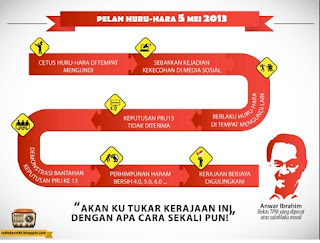 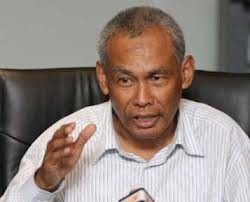 The truth is that Jen (B) Tan Sri Md Hashim Hussein called and asked to meet up Tan Sri Musa, for advice in the wake of recent security threats during this 13 GE like the bombing in Nibong Tebal and Molotov cocktail attacks.

"No, there was no appointment of me into any Security Advisory Council".

Musa also admitted he did meet Jen Hashim with NGO MyWatch Chairman S Sanjeevan and was engaged into a discussion on various security matter. His advice is Pakatan Rakyat to be vigilant and report and work with the Police if any security matter arises.

"I am not into politics. Although I am invited to give talk on security matters. Like last night, I was in Wisma UMNO Jerlun".

Lately, PKR did see an influx of disgruntled former service senior officers jumping into their political bandwagon like Jen. (B) Hashim who was the former Army Chief, former Deputy Army Chief Lt. Jen. (B) Dato' Abdul Ghaffir and former Navy Logistic Chief First Admiral (B) Hj Imran. However, they are more number of PKR office bearers jumping out and abandoning the party, even in the middle of intense campaign.

The desperation of the Opposition Pact is getting more severe. First, many of their leaders are trapped by their own lies, drama and manipulation where the rakyat is getting more aware of them in the 'Politics of Hatred' strategy.

Part of Lim Kit Siang's speech in Taman Maju Johor Bahru on 27 April 2013 is all capital cities in Malaysia would be under DAP control.
No comments: 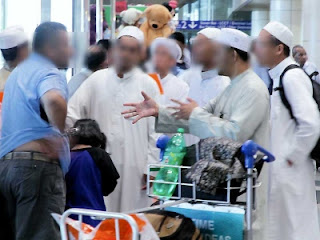 SEPANG, April 29 (Bernama) -- Thirteen of the 35 people deported by the Saudi Arabia government were detained by the Selangor Islamic Religious Department (JAIS) on arrival at the Kuala Lumpur International Airport (KLIA) here today.

He said 13 of them, comprising nine men and four women, were detained after they were found in possession of publications, including books, pamphlets and leaflets on Al-Arqam, a movement which was outlawed by the Malaysian government in 1994.

They were taken to JAIS office in Shah Alam and then released after their statements were recorded, he said when contacted.

The group of 35 Malaysians were deported by the Saudi Arabian government for various immigration offences.