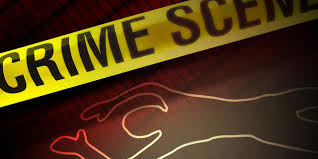 
As war on crime continues, robbers fatally slash airline executive
AUGUST 29, 2013
LATEST UPDATE: AUGUST 29, 2013 03:34 PM
Armed robbers slashed an airline executive to death outside her Ampang house last night just as Putrajaya ramped up the war on crime after a recent spike in gun-related violence.
AirAsia X officer Shahrinawati Abu Bakar, 30, died on the way to hospital after armed robbers set upon her when she parked her car outside her house in Ampang, Kuala Lumpur.
"They slashed her with a parang," according to an AirAsia X email sighted by The Malaysian Insider.
AirAsia X chief executive Azran Osman-Rani paid tribute to Shahrinawati, saying "she was a promising young talent" who had been sent to Melbourne to get international experience.
"She was engaged to one of our security officers and they were to be married in three months time," said his email to the airline staff.
Her murder comes amid a rise in shooting deaths across Malaysia these past few months. At least 22 people have died by gunfire since May, police said.
Statistics released by Putrajaya showed murders and robberies with firearms rose in the first half of 2013 against the same period in 2012 although overall crime was down.
The police statistics released by the Performance Management and Delivery Unit (Pemandu) showed index crime was 74,127 from January to June 2013, down 2,120 cases from 76,247 reported for the same period last year.
However, cases of violent crime increased from 14,811 to 15,098 over the same period. Of this figure, robbery (including gang robbery) with firearms also increased, from 69 cases to 74.
Murders rose from 291 cases in the first six months of 2012 to 322 cases in 2013.
The worst month of 2013 so far was June, with 14 gang robberies with firearms and three robberies with firearms.
Indexed crime refers to crimes which occur with significant regularity. Violent crime is a sub-category of index crime, which includes murder, rape, gang robbery. and robbery - both with and without firearms - and assault.
Putrajaya has already declared war on 40,313 people identified as members of 49 organisations, mostly triads, listed as illegal yesterday.
Among the gangs were prominent ones such as Geng 04, Geng 08 and Geng 36.
Home Ministry secretary-general Datuk Abdul Rahim Mohd Radzi said these gang members were involved in murders, extortion, causing mayhem and drug-related activities.
They belong to organisations which have violated the law under Section 5 (1) of the Societies Act 1966 on the date of the gazette, which took effect yesterday. - August 29, 2013.
2 comments: