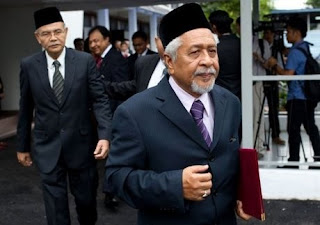 15-delegate panels on both sides confirmed

Lt Gen Paradorn said he could not reveal the list of the 15 insurgent representatives as Malaysian authorities asked him to keep it a secret for the sake of their own safety.

The NSC chief said the Thai government had also finalised its list of 15 delegates who will join the talks.

Lt Gen Paradorn said cabinet backing for the name list is not necessary as the cabinet had given in-principle approval to the setting up of the negotiation team.

As the head of the team, Lt Gen Paradorn said he will periodically report to Prime Minister Yingluck Shinawatra as the peace talks progress.

The NSC chief met his team Tuesday to finalise preparations.

Also joining the delegation are religious leaders, representatives from civic and women's groups, and governors of the southernmost provinces.

Meanwhile, authorities continued to find banners calling for an independent Pattani in several parts of Pattani and Narathiwat Tuesday.

It was the second day that banners, reading "Peace, unity, Pattani state", were found.

The banners were found in at least 20 locations on roads in four districts of Pattani _ Yarang, Yaring, Thung Yang Daeng, and Kapho.

Similar banners were put up in nine spots in Nong Chik district on Monday.

In Narathiwat, two of the banners were hung above roads in Muang district.

Lt Gen Paradorn said he was not worried about the banners as state security units were capable of keeping the situation under control.

Muhammadsata Dosama, 35, deputy chief of Batong TAO, was shot three times by attackers while he was riding his motorcycle from his house to a religious school in Narathiwat's Rue So about 5.30am.

The bullets hit his right shoulder, right arm and nose. Residents nearby took him to hospital after hearing the gunshots, while the gunman fled.

In Pattani, a former member of Taloh Kapo TAO was wounded in a drive-by shooting in Yarang district also about 5.30am, police said. - BANGKOK POST