In 1970, a leadership struggle within the MCP led to the emergence of two break–away factions: the Communist Party of Malaya–Marxist-Leninist (CPM–ML) and the Revolutionary Faction (CPM–RF). This caused the Communist movement in peninsular Malaysia to splinter into three different groups. Each of these factions had their own armed forces and front organization.[20] The MRLA in the northern part of Malaysia near the Thailand border were located in three places. The MCP Central Committee was with the East Betong Group, and the other two groups were located at West Betong and Sadao.[27]
When the crisis was getting worse, the Sadao groups broke away from the main MCP groups and proclaimed themselves as the MCP Revolutionary Faction (RF). Subsequently the Betong West group, who also broke from the main MCP groups, identified their party as the MCP “Marxist-Leninist” (M-L) and later renamed their guerrilla arm as the Malayan People’s Liberation Army (MPLA) instead of the Malayan Races Liberation Army.[28]
In 1973, the CPM implemented a new strategy calling for their military activities to be coordinated with those of front organizations. Later in January 1975, the CPM also issued a second directive calling for 1975 to be "a new year combat." These directives led to increased CPM operations in Malaysia between 1974 and 1975, though it did not reach Emergency-era levels. According to a Central Intelligence Agency National Intelligence Estimate in April 1976, the CPM's increased activities were meant to demonstrate to the Malaysian government and public that it was still committed to continuing its revolutionary struggle despite the establishment of diplomatic ties between Malaysia and the People's Republic of China in June 1974.[20]
Some observers believed that this new revolutionary struggle was initiated with the influence of the Socialist Republic of Vietnam. They believed that the Vietnam Communist Party, backed by the Soviet Union, had agreed to provide logistical and propaganda support to the ‘new fraction’ groups, such as Betong West and Sadao Group. Later it was found out that the Betong West and the Sadao Group ceased to exist not long after they broke away from the main groups. These groups realized that their armed struggles could not achieve any success. The West Betong and the Sadao groups then decided to surrender themselves to the Thai Government in early 1987.[29] After that time, the MCP arms struggles and militant activities became weak and disintegrated with no clear political or military objective.[30]
By April 1976, Malaysian government sources and the CIA estimated that there were at least 2,400 Communist insurgents in peninsular Malaysia: 1,700 members in the original MCP, 300 in the CPM-RF, and 400 in the CPM-ML. Despite efforts by the MCP to recruit more Malay members, it was estimated in 1976 that less than 5 percent of the organization's members were ethnic Malays originating in Malaysia. Meanwhile, it was estimated that 69 percent of the MCP's members were ethnic Chinese and that 57 percent of the organization's members were Thai nationals, which also included both ethnic Chinese and Malays.[20] 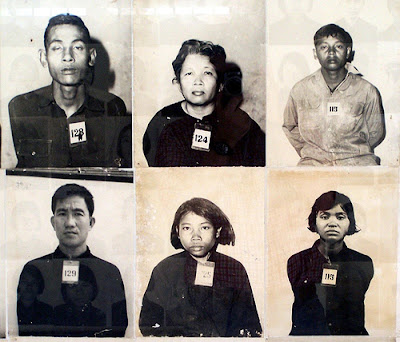 "Communism almost turned Malaya into earliest Cambodia. Millions was spared from genocide. But we forget easily in this peaceful time. Lo and behold, without our awareness, history repeats itself!" 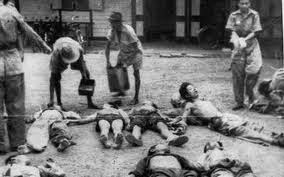