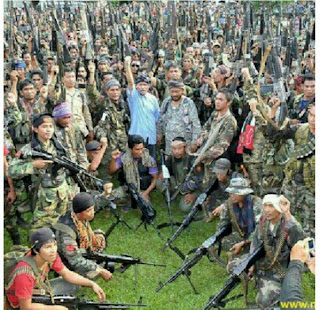 
MANILA, Philippines – The standoff in Sabah between the "royal army" of the Sultanate of Sulu and Malaysian authorities is over, Malaysian Ambassador Mohammad Zamri bin Mohammad Kassim told Foreign Affairs Secretary Albert Del Rosario in a meeting Friday.

Department of Foreign Affairs (DFA) Spokesman Raul Hernandez told reporters in a press conference that ambassador Kassim met with Del Rosario around 2 p.m. to inform them that the standoff has ended.

Kassim informed Del Rosario that 10 members of the "royal army" surrendered after Malaysian authorities "conducted an assault at Lahad Datu at 10 this morning," Hernandez said.

Lahad Datu is the village where hundreds of followers of Sultan Jamalul Kiram III, led by his brother Agbimuddin Kiram, had encamped since February 11 despite repeated demands from the Malaysian government to leave.

"The group of Kiram at Lahad Datu escaped and ran towards the sea, 10 men surrendered," he added.
Malaysian authorities are pursuing the group, Hernandez said.

The owner of the house where Agbimuddin Kiram had stayed was killed according to Ambassador Kassim.

At least two were killed and one wounded from the side of the Malaysian police, whose vehicle was fired upon by the Kiram group, Hernandez said.
Del Rosario asked from the Malaysian Ambassador for "a full briefing of the operations that were conducted by Malaysian forces," he added.

Del Rosario also asked that full access be given to the Kiram group so that medical treatment could be provided to the wounded as well as consular assistance.

Permission is also being sought by the government to allow a Philippine Navy Ship, the BRP Tagbanua, to dock so that it could ferry the remaining members of the group back to their homes and families.

A spokesman of Sultan Jamalul Kiram III claimed that 10 of their men were killed and four others were wounded in the firefight.
The "royal army" of the Sultanate of Sulu was in Sabah allegedly to reclaim their territory. 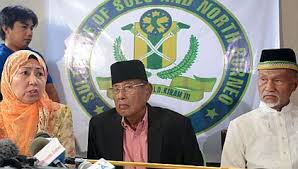