YOURSAY 'This is the kind of thing that the police should not permit, instead of disallowing gatherings that support democracy or clean elections.'

David Dass: The logic of the PAS statement escapes me. They will support the gathering to protect the faith of Muslims if it does not pit followers of different faiths against each other.What is the purpose of such gathering? One objective is to "gauge the unity among Muslims particularly against the Christianisation efforts on Aug 3."There is no evidence of such efforts. The census shows no Christians among Malays. The home minister has confirmed that there is no evidence of a conspiracy to make Malaysia a Christian state or to install a Christian prime minister. So why the need for an anti-apostasy demonstration?The demonstration is against Christian efforts to convert Muslims. There is no evidence of such efforts. So why the need for such demonstration? Why do the Muslims need to demonstrate against a non-existent threat? Can Hindus demonstrate against Muslim efforts to convert Hindus?

Armageddon: Islam ask us to fight back if our existence is in jeopardy but I don't think Islam encourages us to start a fight with no valid reason.The Christians already know it is against the law trying to convert Muslims to other religions. So what is the purpose of the gathering if not to provoke other religions into a fight?This is the kind of thing that the police should not permit, instead of disallowing gatherings that support democracy or clean elections.

Paul Warren: Hate more than love for their fellow non-Muslims apparently stands a better chance to bring feuding Muslims together.From everything I have read to date, it would seem like the movers and the organisers of this rally have a point to make. That point being directed towards the Christians and to have a pointed threat directed towards Christians as well.The proselytising of Muslims is unwelcome. Like as if the Christians don't already know that.What is disappointing about members of PAS is that when there is a supposed threat from non-Muslims, they so easily gravitate to it without first stopping to ask if the so-called threat is credible or even valid.

Borg Kinaulu: I remain unconvinced that mixing politics and religion will work in the long run, but I'm prepared to discuss that and I just wish PAS will call the hypocrites for what they are.I guess they are still politicians, hence more diplomatic than I am.

Gerard Samuel Vijayan: The proposed anti-apostasy law can only be enacted by the states in the exercise of their powers under Article 11 (4) and Item 1 under List II of the Ninth Schedule to the federal constitution (FC), but that would mean that jurisdiction over non-Muslims charged with aiding, abetting and procuring Muslims to commit apostasy would vest with the Syariah Court, which is prohibited under Articles 3 (1) and (4), 11(1) and Item 1 under List II of the Ninth Schedule to the FC.As such, any proposed anti-apostasy law at the state level would be unconstitutional, null and void as far as non-Muslims are concerned.As for Muslims, such a law would also offend Article 8 (1) and (2) of the FC because the Muslim offender would have to be tried in the Syariah Court but the non-Muslim party who caused or influenced the Muslim to convert out of Islam would get off scot-free.This debate is clearly politically motivated and Christians are the current flavour of the month for Umno and the Malay/Muslim ultras.

Ferdtan: PAS Youth had voiced support, together with 25 NGOs, for the anti-apostasy rally without thinking of the undercurrent purpose of the gathering - a move as part of a political agenda to attack Pakatan Rakyat.If the PAS Youth under Nasrudin Hasan cannot see the obvious motive of the organisers (that his senior Selangor PAS elders see), then he is not fit to be a leader.He, and his 'schoolboys' members, are too wet behind the ears to bear such responsibilities to come out with open statements like that - without knowing the full implications - like subjecting themselves to be made used of.They are exactly like: 'Fools rush in where angels fear to tread' - foolish people not afraid to do things that would frighten the more sensible people.

Aquinas Says: Christianity and other religions in Malaysia are under siege, not the other way around.When a non-Muslim becomes a Muslim, that is fine. But when a Muslim embraces another faith, the war drums are sounded and it becomes a major political issue.A friend of mine was ‘kidnapped' by the Islamic religious authorities when he was 13 and converted to Islam without parental consent. His parents were denied access to him till he reached adulthood.Just imagine what would have happened if a 13-year-old Muslim boy was converted to another religion. I ask again, who is under siege?

Nik V: Selangor PAS commissioner Dr Abdul Rani Osman made a considered statement.If a fanatical Christian group were to organise a solidarity gathering to defend and save Christianity, all of Pakatan Rakyat should not get involved with them as this would lead the rakyat to question its motives for being involved.They should allow it, but they should not be directly involved. So the same goes here. PAS should state that they are in solidarity with Islam.But they do not need to beat drums to show this solidarity. PAS will show the solidarity of Islam by defending the rakyat against racism and corruption when Pakatan comes into power.

Onyourtoes: Christianisation, apostasy, faith, life after death, and hudud will not put food on the table and roof over your head. Endemic corruption, abuse of power, racism, bigotry, incompetence, laziness and ignorance will affect our life.Don't be a hypocrite, don't always talk about faith and after life. You will line up for the RM500 the government promised you, wouldn't you?

Anonymous: All it needs now is for the Selangor sultan to voice out his royal displeasure at the forthcoming rally. This will help diffuse the potentially explosive situation.But then, this is wishful thinking because maybe this is what the higher Islamic powers in this country want - to intimidate and bully other faiths. If this is so, then there is no hope for non-Muslims in Malaysia.

Rick Teo: Don't fall for the ploy by Umno to try and alienate the Muslims from the non-Muslims. This gathering is nothing but a sham and PAS should not entertain the NGOs which are really Umno supporters in disguise.

Lexicon: There is no hidden agenda. This is quite an open agenda: Umno wants to win the upcoming election and is willing to manufacture religious conflict when there is clearly no basis for fear of conversion of Muslims.So is PAS going to fall for this cheap trick? 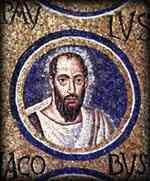