Mahathir and his 90's economic boom

If ex-Prime Minister without doubt tend to allow his fanatics to assosiate him with high economic growth in 90s, verily, we should put  Thai ex-PM high above Mahathir.

General Chatichai Choonhavan as when he was elected as PM in the heat of 1988 Thai fresh election, his country enjoyed 13% growth.

His Malaysia counterpart while busy on war against his friends and foe to secure his premiership, surfing the economic tide brought by Thailand by 9.9%.

"Other country can build Petronas Tower alike too during the economic boom but having a medium income country with too much marvels to spend on is impractical. With highly subsidized citizen on consumer goods, Malaysian is not competent but holding their pride on their modernity with  tag written 'false economy' they couldn't see, but visible to others." - Logan Miller, 2005

It's only Hibiscusa Retardilisis patients that delusioned much to a scary degree. Sum it up, the high growth is purely regional. Not as the fruitful result of this one weird man leadership as per claimed by his diseaseful fanatics. 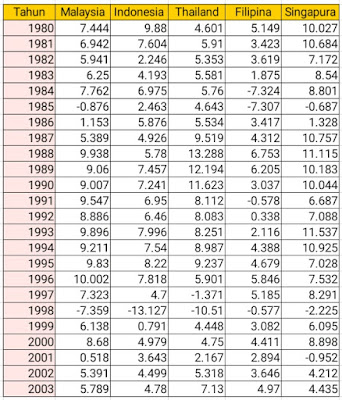