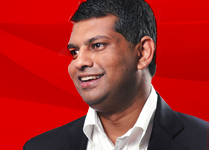 PETALING JAYA: AirAsia Bhd's share price predictably took a beating yesterday, shedding 17 sen to close at RM3.02 following the formation of a new low-cost carrier (LCC) Malindo Airways which will start operation by next May.
The stock was also the second most active counter with 42.7 million shares changing hands yesterday.
Malindo Airways was formed by National Aerospace and Defence Industries Sdn Bhd (Nadi) and Lion Air's owner PT Lion Group.
Under the deal, Nadi will take a 51% equity stake in Malindo and PT Lion the remaining 49%.
It was reported that Malindo would operate from its transit hub at the soon-to-be-completed KLIA2 and initially ply major routes between Malaysia and Indonesia. It also wanted a slice of the domestic market, including flights to Sabah and Sarawak.
Malindo also planned to fly regional routes within the four-hour radius from KLIA2 to cities such as Manila, Bangkok and Hanoi.
OSK Research said with only 12 operational aircraft in the start-up phase next year, it didn't see this as an immediate threat to AirAsia andMalaysia Airlines.
“However, as Malindo's scale of operations grows, this could further intensify competition and put downward pressure on yields across the board as the airline intends to price fares as low as those of AirAsia,” it said in a report that maintained buy calls on AirAsia, MAS and Malaysia Airports Holdings Bhd (MAHB).
The report said Malindo had an added advantage in its cost structure, as its new generation Boeing B737-900s had a comparably higher seat capacity of 220 seats compared with AirAsia's 180 seats.
“Furthermore, maintenance, repair and overhaul (MRO) services will be done by Nadi subsidiary Airod. The key beneficiary to the JV set up is MAHB, as KLIA2 and KKIA will be its operating hubs in Malaysia.
“Nonetheless, competition is good for consumers, thus further stimulating the demand for low-cost travel,” it said.
Meanwhile, MIDF Research believed that it was too early to conclude whether the establishment of Malindo Airways would pose a serious threat to AirAsia.
“The premium LCC concept has yet to prove that it is sustainable in the long-term. For the foreseeable future, we expect that AirAsia will focus more on the booming Indonesian market instead of the already saturated Malaysian market,” it said. While there may be knee-jerk reaction to the news, the research house said AirAsia's growth remained intact given its continual efforts to strengthen its footprint in other Asian countries.